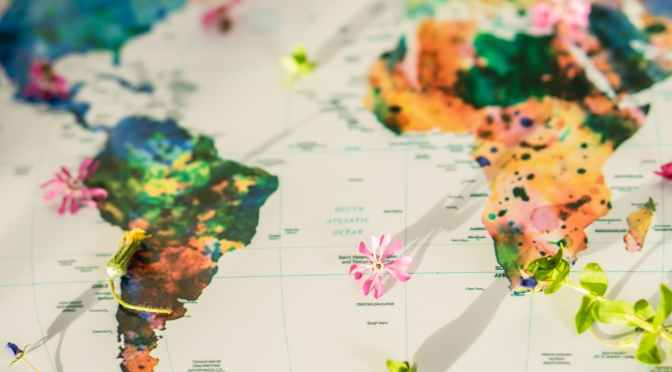 Because of his “faithful witness,” Jesus reigns supreme over the kings of the earth and even over his vilest enemies.

At the start of Revelation, Jesus is designated the “ruler over the kings of the earth,” and in the present tense. His absolute sovereignty is based on his sacrificial death and resurrection, and NOT on any hereditary rights, economic or military might. He is the anointed king appointed by Yahweh to reign from the “throne of David.”

At times, the “kings of the earth” are allied with the “Beast” and do the bidding of the “Dragon,” yet Jesus manipulates their plots to achieve his purposes. Even his enemies cannot move against him without his consent. And by the end of the book, the same group is found in “New Jerusalem,” where they give honor to the “slain Lamb.”

He is also called the “faithful witness” and the “firstborn of the dead.” The former refers to his death and the latter to his resurrection. All three designations are derived from the eighty-ninth psalm:

Because of his “faithful testimony” in death, Yahweh made him His “firstborn” and the “highest of the kings of the earth.” In the Hebrew text, the Psalm uses the noun ‘elyôn for “higher,” which was used comparatively to provide the sense of “supreme, lofty, highest.”

But Revelation has combined that passage with words from the second Psalm. The verbal link for doing so is the clause “kings of the earth,” who in it rebelled and conspired against Yahweh’s anointed king. But their plot backfired since God gave the nations to His Son for “his inheritance” and the “ends of the earth” for his “possession,” and he thus “ruled over them with his iron scepter” – (Psalm 2:1-11).

In Revelation, rather than use the Greek comparative adjective for “highest,” the text calls Jesus the archôn or “ruler” over the “kings of the earth.” The term does not mean “king,” though kings certainly do “rule.” The point is not that Jesus is the “king” or even a king among kings, but instead, that he holds a far higher rank. Moreover, the noun archôn often denotes someone who is a “prince,” “chief magistrate,” the supreme sovereign, and that is the sense here. The intent is not to contradict the book’s later declaration that Jesus is the “King of kings,” but instead, to highlight just much higher he is than the political rulers of this age.

The extent of his sovereignty is stressed in the book’s first vision when Jesus calls himself the “living one who was dead and lives forevermore,” and therefore, he now holds the “keys of death and Hades” – Not even the realm of the dead is beyond his grasp. And that absolute authority is based on his past death and resurrection.

His authority extends even over his mortal enemies. For example, Satan is bound from “deceiving the nations” and cannot do so until he is “released from the Abyss.” The “Beast from the sea” is unable to wage “war” against the saints until he is authorized to do so (“and it was given to him to make war against the saints” – Revelation 13:7, 20:1-3).

His authority extends even over his mortal enemies. For example, Satan is bound from “deceiving the nations” and cannot do so until he is “released from the Abyss.” The “Beast from the sea” is unable to wage “war” against the saints until he is authorized to do so (“and it was given to him to make war against the saints” – Revelation 13:7, 20:1-3).

But his sovereignty over the earth did not immediately negate the hostility of the “kings of the earth.” For example, when the “sixth bowl of wrath” was emptied the “kings of the earth” were gathered to the “great day of God Almighty” at the “place called Armageddon,” although the text does not say what happened to them once there. At that “war,” they and their “armies” were gathered along with the “Beast” and the “false prophet” to wage war against the one who was “riding on a white horse.” However, the “Lamb” overcame them because he is “king of kings and lord of lords” – (Revelation 16:12-16. 17:10-18, 19:19-21).

At the end of this final “battle,” the “Beast” and the “False Prophet” were “cast alive into the lake of fire.” However, that was not the fate of the “kings of the earth.” The “rest were killed with the sword of the one who was riding on the white horse,” which the vision identified as the “word of God” that was “proceeding out of his mouth.” While this suggests their deaths, that is not necessarily the case.

In the book’s salutation, the second Psalm was alluded to (“ruler of the kings of the earth”), but it is echoed more clearly in three additional passages where the original Hebrew verb for “rule” has been changed to the Greek verb meaning “shepherd.” Thus, the messianic “son” is the one who was destined to “shepherd the nations.” And what this means is demonstrated in the vision of the “innumerable multitude” when the “Lamb shepherded” the men who had been redeemed from every nation to the “living waters” in New Jerusalem. Moreover, in the vision of the “rider on the white horse” the royal figure used his “iron scepter” to “shepherd the nations,” not to grind them into dust – (Revelation 2:27, 7:17, 12:5, 19:15).

The change from an image of a conqueror who destroys his enemies to that of a benevolent ruler who instead “shepherds” them is unexpected and paradoxical. While he still wields an “iron scepter” and the “great sword,” he uses them to guide the nations and the “kings of the earth” to something other than their destruction.

The idea of a more benevolent future was even hinted at in the second Psalm. After warning the “kings of the earth” of dire consequences if they continued in their rebellion, the Psalmist exhorted them to fear Yahweh and “kiss His son, lest he be angry, and you perish in the way” – (Psalm 2:9-11).

The presentation of Jesus as the sacrificial “Lamb” who now “shepherds the nations” begins to explain how the “nations” and the “kings of the earth” are found in the end enjoying the glories of “New Jerusalem.” And what kind of sovereign and shepherd would he be if he only led his subjects to their destruction?

In the holy city, the “nations walk amidst its light, the kings of the earth bring their glory into it.” And in the city, John saw the “tree of life” that “healed the nations” and removed the original “curse” caused by Adam’s disobedience – (Revelation 21:24, 22:1-5).

16 thoughts on “RULER OF THE KINGS OF THE EARTH”