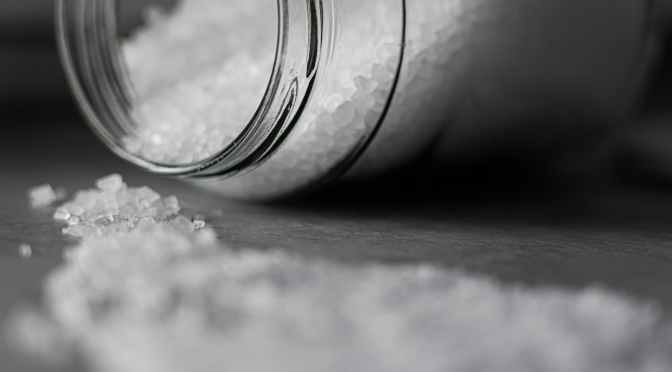 Faithful disciples will receive great rewards, but those who harm their weaker brethren run the risk of being cast into Gehenna – Mark 9:38-40.

The next story begins with John complaining because someone who was not from among Christ’s inner circle was casting out demons in his name. But his complaint was rich in irony since just a few verses earlier the disciples found themselves unable to exorcise demons because of their unbelief.

But if this man was casting out demons, then it was God who was doing so through him. One who performs miraculous deeds in his name cannot easily revile the name of Jesus, which constituted evidence that the man was commissioned by God.

Moreover, conduct that conforms to the life of Jesus results in a great reward, including everlasting life. But at the end of the age, failure to emulate him will result in horrific punishment, a reality Jesus illustrated using the image of Gehenna.

Most noteworthy is how Jesus warned his disciples about this possible grim fate rather than unbelievers and those who rejected him outright. It is his follower who causes other believers to “stumble” that is at the greatest risk of the “fires of Gehenna.”

The image of a millstone cast into the sea would have struck a fearful chord. Jews of the period feared the sea and viewed drowning as an especially horrific form of death. Moreover, dead bodies sank to the bottom of the sea and could not be recovered for proper burial, something of prime importance in Judaism.

The name ‘Gehenna’ is derived from the valley of Hinnom, effectively a garbage dump located to the south of Jerusalem. It was the place where refuse was burned outside the city walls, including the dead bodies of criminals. Reportedly, its fires burned continuously. Jesus used that image to portray the horrific fate of anyone who did not deal with his sins, especially sins against the weak and the powerless.

“Where their worm dies not and the fire is not quenched” echoes a passage from Isaiah – “Then they shall go forth and look on the corpses of the men who have transgressed against me. For their worm shall not die and their fire shall not be quenched” – (Isaiah 66:24).

He said nothing here about “eternal” punishment. In the image, it is the annihilating fire that is “unquenchable,” not the punishment inflicted on the offender. The emphasis is on the result of the process – Utter destruction.

Fire and salt refine and prove things. Being “salted with fire” also symbolizes purification. If that is the intended meaning, then the process occurs in the life of the disciple as he purges himself of sin and other causes of stumbling through suffering.

However, the image alludes to the sacrificial system described in Leviticus. All animal sacrifices were “salted,” and burnt offerings were consumed completely by fire. In this way, they became a “pleasing odor” to Yahweh. Furthermore, “salt” was a sign of the covenant between Yahweh and Israel – (Leviticus 2:13, Numbers 18:19).

Thus, disciples must live their lives as a whole and living sacrifices to God. And to become such “living sacrifices,” they must live in conscious service to others, especially to the weakest and most insignificant of their “brethren.” To cause a weaker brother to stumble is the exact opposite of what it means to be his disciple. By abusing others, the disciple will become one whose “salt is salt-less.” It is this way sacrificial way that the disciple loses his life for his sake, but ironically, saves it in the end.