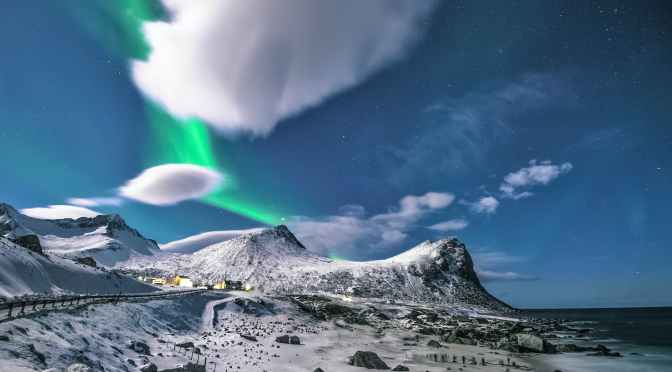 SYNOPSIS – Paul reassured believers – Living and dead saints will participate together in the arrival of Jesus from heaven – 1 Thessalonians 4:13-18.

In his first letter to the Thessalonians, Paul addressed their concern about the status or fate of fellow believers who died prior to the “arrival” or parousia of Jesus. Apparently, for reasons unknown to us, some Christians became concerned that dead believers would not participate in the glories of that day. The Apostle reassured them – Not only will dead believers participate but they will precede those still alive, even if only for the briefest of moments.

According to Paul, dead believers will be resurrected when Jesus appears and be reunited with those saints who are still alive. Then, together both groups will meet Jesus “in the air” as he descends to the earth.

(1 Thessalonians 4:13-18) – “But we do not wish you to be ignorant, brethren, concerning those who are falling asleep lest ye be sorrowing, even as the rest also, who are without hope; for if we believe that Jesus died and rose again, so also will God bring with him those who have fallen asleep through Jesus. For this we say to you by a word of the Lord, that we the living who are left unto the arrival of the Lord will certainly not precede those who have fallen asleep, because the Lord himself, with a word of command, with an archangel’s voice, and with a trumpet of God, will descend from heaven and the dead in Christ will rise first, after that we, the living who are left, together with them will be caught away in clouds to meet the Lord in the air: and in this manner we will evermore be with the Lord. So then be consoling one another with these words.”

In the first half of the chapter, the Thessalonian Christians are exhorted to walk in holiness, abstain from sexual immorality, refrain from transgressing against fellow believers, continue in love and attend to their own business. In such ways, they become proper witnesses of the gospel to the outside community and “please God.”

Next, Paul assures them that saints who die prior to the “arrival” or parousia of Jesus will participate fully in the event – Dead and living Christians will be reunited, then they will “meet” him as he descends from the heavens. Then, they will be “together with the Lord forevermore.” The words are intended to comfort the Thessalonians.

Threaded through the chapter is the theme of attaining holiness before God, especially in consideration of the “arrival” of Jesus.  Holiness is achieved by proper conduct, exercising love, and remaining faithful through tribulations.

The Thessalonians were not uninformed concerning the “coming” of Jesus but about how it would affect dead Christians.  This is clarified by several statements of Paul:

“…We would not have you ignorant… concerning those who are asleep: that you may not grieve…God will bring with him those who have fallen asleep… we who are alive: who are left until the coming of the Lord: will not precede those who have fallen asleep… the dead in Christ will rise first… then we who are alive…will be caught up together with them… to meet the Lord…in this manner we will evermore be with the Lord…comfort one another with these words.”

Will believers who die before his parousia or “arrival” participate in that event? Unfortunately, how this question came about is not stated in the letter. But the issue was not theological but functional. Paul addressed a real concern that impacted the entire community of believers. An incorrect understanding could turn Christian grief into hopelessness – (“That you may not grieve even as the rest who have no hope”).

The Apostle did not criticize the Thessalonians for their grief, but he did not want them to grieve as unbelievers do who have no hope. The unsaved do not possess the knowledge about the promised resurrection of the dead. Just as God raised Jesus from the dead, “so also, God will bring with him those who have fallen asleep through Jesus.”

Participation in this event is not based on whether one is dead or alive, but instead on faith in what God accomplished in Jesus – (“For if we believe that Jesus has died and rose again…”). “God will bring with him those who have fallen asleep through Jesus.” This last clause indicates that believers who are in a right relationship with him when they die will be resurrected at his return – (1 Corinthians 15:18).

Paul referred to a “word of the Lord” that authenticated this hope.  He did not state whether this “word” was a pre- or post-resurrection saying of Jesus.  However, it includes several parallels to a saying of Jesus. According to the Apostle, Jesus will “descend from heaven” accompanied by an “archangel.”  A trumpet will sound, and believers will be gathered to him “in the clouds.” Likewise–:

(Matthew 24:30-31) – “The sign of the Son of Man will appear in heaven and he will come on the clouds…he will send out his angels to gather his elect…a loud trumpet.”

A closer verbal parallel is found in the parable of the ten bridesmaids.  The bridesmaids fell asleep while waiting for the bridegroom. They were awakened by “a shout” and a command to go out “to meet” the bridegroom as he arrived.  They “rose” and “went with him” into the wedding feast – (Matthew 25:1-13).

Likewise, in First Thessalonians, the issue is the participation of believers on that day who have “have fallen asleep.” When Jesus arrives, he will be accompanied by “a shout” and the voice of the archangel.  Then, those who have fallen asleep will “rise” first to be caught up with living saints “to meet the Lord and to be with him forever.”

The Greek noun rendered “meet” in the letter is the same one used in the parable of the ten bridesmaids. The bridesmaids “fell asleep” because the bridegroom tarried. Likewise, in Thessalonica, some believers “fell asleep” or died while waiting for the “arrival” of Jesus. Therefore, the “word of the Lord” referred to by Paul very likely refers to this saying of Christ – (Matthew 25:6).

“Sleep” was a common euphemism for death in the Greco-Roman society. The language is metaphorical, not literal. Paul is more explicit when he calls those who are asleep the “dead in Christ.” In this last clause, he used the Greek adjective nekroi, which refers to dead persons, NOT to the abstract state of death.

If Christians believe that Jesus was raised from the dead, then “God will bring those who fell asleep through Jesus with him.”  The phrase parallels Paul’s usage 1 Corinthians 15:18 – (“Those who fell asleep in Christ”) – It refers to Christians who die in a proper relationship with Jesus. The pronoun “him” refers to Christ and is comparable to the clause in verse 17 – “In this manner, we will be evermore with the Lord.”

“We, the living, who remain to the coming of the Lord.” Thus, Christians will remain alive on the earth at the time of his “arrival” – (1 Corinthians 15:51-52 – “We will not all sleep: but we will all be changed: and the dead will be raised imperishable: and we will be changed”).

The Greek noun rendered “coming” in some English versions is parousia, which means “arrival, presence.” It is most frequent in the New Testament with the sense of “arrival” – (Compare – 1 Corinthians 16:17, 2 Corinthians 7:6).

The Apostle used a double negative for emphasis in the Greek sentence – “No, not precede them who have fallen asleep”. Those still alive will “certainly not” precede the dead in Christ – They will be raised “first” before the transformation of the saints who still alive when he arrives.

Verse 16 uses an intensive pronoun – autos – “The Lord himself will descend from heaven.” This stresses how Jesus will arrive in-person to reunite living and dead saints, then meet them together “in the air.”

“The dead in Christ will rise first.”  This is the key “new” piece of information provided by Paul – The dead rise first before those remaining alive are transformed. Paul also described three audible features that will be heard at the parousia of Jesus:

The audible aspects indicate a very public event.  This may refer to the call of Jesus summoning the dead from their graves.  This idea occurs also in the gospel of John:

In the Greek text, the noun rendered “archangel” does not have a definite article – “the” – The clause does not identify a specific archangel – the stress is on his “voice.”

The reference to the “trumpet of God” parallels other scriptures that associate trumpet blasts with the “Day of the Lord.” This fits well – In his second letter to the Thessalonians, Paul linked the parousia to the “day of the Lord” – (2 Thessalonians 2:1-2. See, Isaiah 27:13, Joel 2:11, Zechariah 9:14, 1 Corinthians 15:52).

The Greek word rendered “meet” or apantêsis is a noun found in the New Testament only here and in Matthew 25:6 and Acts 28:15. It refers to a “meeting.” With the preposition eis, as here, it has the sense – “We will be caught away on clouds for a meeting of the Lord in the air.”

In Greek-speaking communities, parousia often referred to as the “arrival” of a royal dignitary to a city or province. When an exalted personage approached the city, its leading citizens went outside the city walls to “meet” him with pomp and ceremony. Next, they would escort him back into the city. For such “meetings,” the Greek term apantêsis was applied, the same word used in our passage.

In the cities of the Roman Empire, it was illegal to bury the dead within the city walls; consequently, the approach road to a city was lined with graves. This background fits well with Paul’s pictures of the dead being raised first as Jesus approaches the earth when those believers still alive are reunited with the dead to meet the Lord as he descends from heaven.

After the “meeting,” believers will be with Jesus “always,” or pantote. The term means “always,” “evermore,” “at all times” – Wherever he is.  Precisely where this occurs is not stated. The passage does not state whether Jesus continues his descent to the earth or returns to heaven with gathered believers.

The Thessalonians are to “comfort one another with these words.” The phrase concludes this passage, which is intended to comfort those grieving over the deaths of fellow believers. Christians who die before the coming of Jesus will not be deprived.

The Lord will descend “from heaven WITH A SHOUT: with the ARCHANGEL’S CALL: and WITH THE SOUND OF A TRUMPET of God.” This alludes to Psalm 47:5, “God has ascended WITH A SHOUT: the LORD WITH THE SOUND OF A TRUMPET.”  This verbal echo is fitting since it is a celebration of God’s rule over the nations.  Yahweh was declared king and all nations were subjugated under His feet.

The purpose of the passage is to reassure Christians about the status and fate of believers who die before the return of Jesus. Dead believers will be resurrected and reunited with those still alive, then all together will meet the Lord as he descends from heaven, and thus they will be with him forevermore.

6 thoughts on “MEETING JESUS IN THE AIR”