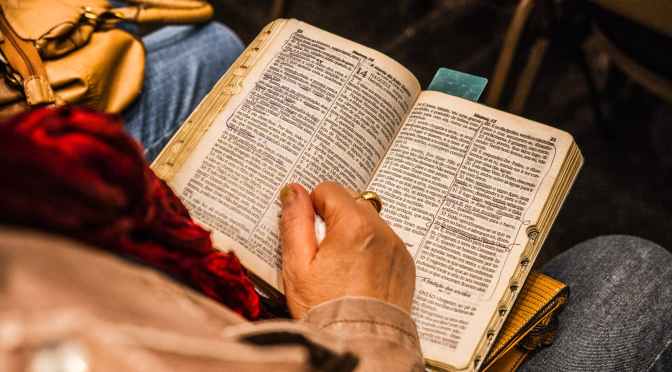 Revelation informs the reader from the start of the book that it communicates symbolically.

Must prophecy be interpreted only or primarily in the most “literal” fashion, unless, of course, a passage specifically indicates otherwise? Often in our minds, there is an unstated assumption that literal language is more reliable than nonliteral, an assumption that becomes especially problematic when interpreting the Book of Revelation.

Any insistence on only strictly “literal” readings of prophetic passages reflects ignorance of how human languages works. “Literal” and “nonliteral” represent different kinds of language. A statement may be strictly literal and invalid, just as another may be metaphorical and true. “It is raining cats and dogs” is a literal statement, but, “literally” speaking, it is obviously untrue. Cats and dogs do not fly or fall from the sky; the statement is a figure of speech to stress heavy rainfall.

The Apostle Paul called the church the “body of Christ,” which is a nonliteral statement. Christians do not become actual flesh and blood of Jesus upon conversion. Because the statement is metaphorical, are we to assume it is invalid or less reliable than more literal descriptions of the church? In the Gospel of John, Jesus is portrayed as the true “Temple” and “Tabernacle” where the divine presence dwells, yet he is not made of stones or goatskins.

Revelation provides interpretations for many of its symbols, explanations that demonstrate the symbols are not “literal” or things with any real physical existence.

The opening vision presents an image of seven “golden lampstands.” The text informs us that the image represents “seven churches.” This is symbolical interpretation, not literal. John saw “stars” on the right hand of Christ. The stars represent “angels.” In chapter 5, the “lamb” has “seven eyes,” which the text interprets as the eyes as the “seven spirits of God.” The “seven heads of the beast” on which Babylon sits represent “seven mountains,” and in turn, seven “kings” – (Revelation 1:20, 5:6, 17:8-10).

In Revelation, many images cannot be interpreted “literally” without producing bizarre results. For example, God is the One “Who Sits on the Throne” holding a “sealed scroll” in his right hand. How does a being that is Spirit and fills heaven and earth have a “right hand” or a backside with which to sit on the throne? Jesus is the “slain lamb” with “seven horns and seven eyes,” and the “lion of the tribe of Judah.” Is he a literal lion, lamb, or both? Does he have seven “literal” eyes and horns in his glorified body?

When the fifth trumpet sounded, a “star” fell to the earth and was given a “key.” Would not the earth be destroyed outright if an actual star collided with it? Technically speaking, would not the earth be drawn into the star by its superior gravitational pull? Even if what John saw was a meteorite or an asteroid, rather than a star, how does one give a “key” to a rock that fell from outer space?

Is Satan an actual giant “red dragon” with heads and horns? Does his tail “literally” draw a “third of the stars” to the earth, and if so, how does the earth survive such a cosmic collision? If Satan is a spiritual being, how does one attach a metal “chain” to his ankle to imprison him for a thousand years?

The book is an unveiling by Jesus Christ to signify “what things must soon come to pass.” This is accomplished by means of visions in which John sees and hears things that represent specific realities. The symbols point to the realities, but are not themselves real. Satan is very real; however, there is no giant “Red Dragon” with multiple heads and horns hovering in the sky above the planet earth.

Thus, the book informs the reader from its start by direct statements and examples that it communicates symbolically.