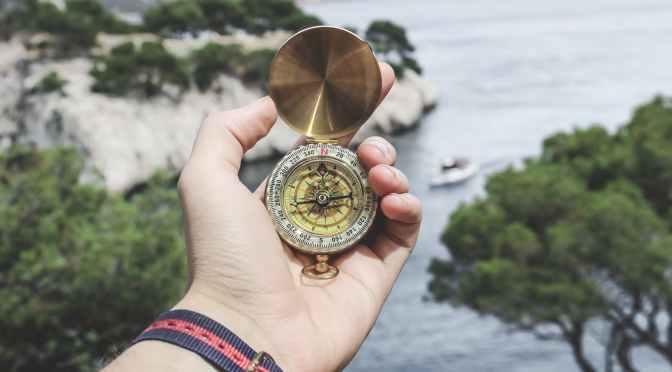 Revelation communicates symbolically, and it provides the reader with many of the most important interpretations of its images.

Passages in scripture often provide the reader with interpretive clues, and how a verse applies passages from the Hebrew Bible is beneficial for understanding an author’s theological perspective. This is especially so in the book of Revelation, which uses the Old Testament more frequently than any other New Testament book.

Revelation provides the reader with several interpretations of its key images. For example, the first vision explains that the “seven golden lampstands” represent seven churches. Moreover, the book is consistent in the application of its symbols. Thus, “lampstands” symbolize churches, “stars” represent angels, “incense” portrays the “prayers of the saints,” and so on.

John was commanded to record the things that he “saw,” and what they “are.” This provides the pattern for interpreting the images from his visions, and the very first vision demonstrates how the book communicates symbolically.

John “saw” Jesus as the “Son of Man” priestly figure standing among “seven golden lampstands” while holding seven “stars.” What they “are,” that is, what they represent, are churches and angels. At the very start of the book, John was told the contents and purpose of its visions:

The Greek verb rendered “signified” is sémainō (Strong’s – #G4591), a verb related to the noun used for “sign” (semeion). It means “to signify,” “to show by sign.” Thus, the book specifies its medium of communication – visionary symbolism. The visual aspect is emphasized throughout the book by the repeated references to what John “saw” (fifty-six times).

“Write what they are.” John was commanded to record what he saw, and what those images “are.” In the clause, the English term “are” translates the Greek verb eisin, which is in the present tense and plural number, that is, “they are,” which refers to the explanations provided for many of the visions. John was to record both the description of each vision, and what the images “signified.”

The first vision and its explanation do exactly that. John “saw” the risen Christ walking among seven golden “lampstands” and holding “seven stars.” But the “stars” represented seven “angels” (“they are” – esin), the “seven lampstands” symbolized seven “churches” (“they are” – esin). The same Greek verb form or “are” (esin) is used in both clauses.

The book interprets at least nine more images using this same formula. In each case, the images are not literal, they represent something else. For example:

The same formula is employed elsewhere to interpret symbols but using the singular form of the same Greek verb, or eimi (or similar verbs in the present tense). Note the following examples:

Angelic beings provide explanations to John. For example, he saw an “innumerable multitude” arrayed in white robes before the Throne. One of the twenty-four elders explained that the multitude represented “they who are coming out of the great tribulation, and they washed their robes and made them white in the blood of the Lamb” – (Revelation 7:9-17).

Later, John was “carried away in the spirit into the wilderness,” where he saw a “woman sitting on a scarlet beast full of names of blasphemy; having seven heads and ten horns.” The figure had a name and “mystery” written on her forehead, “Babylon the great; the mother of the harlots and of the abominations of the earth” – (Revelation 17:1-6).

The term “mystery” demonstrates that the woman did not represent the ancient city of Babylon in Mesopotamia. Her true significance had to be unveiled. The angel with John did just that, stating that “she is the great city that has sovereignty over the kings of the earth,” a city linked to “seven mountains.” That could only refer to Rome – (Revelation 17:15-18).

The images are often bizarre, and some even portray physical impossibilities. A woman arrayed “with the sun” and the moon “beneath her feet,” for example, cannot be literally true. A lamb does not have “seven horns” or “seven eyes.” Animals do not have “ten horns” or “seven heads.” The imagery is symbolical, not literal.

This does not mean the visions are allegorical. The book is concerned with real events, ones “that must come to pass.” But John did not time travel into the future. His descriptions are not how a first-century man would attempt to describe strange technologies and scenes from a remote future. For that matter, most of the language is drawn from the Old Testament.

John received visions when he “came to be in spirit,” saw images, and heard explanations from angelic beings. The symbols point to concrete realities but are not themselves real. The failure to understand how Revelation communicates symbolically produces incorrect and even bizarre interpretations.

To comprehend the book’s message, it is most important to pay attention to the interpretations provided by the book itself, along with literary context, and how the book applies language from the Old Testament.