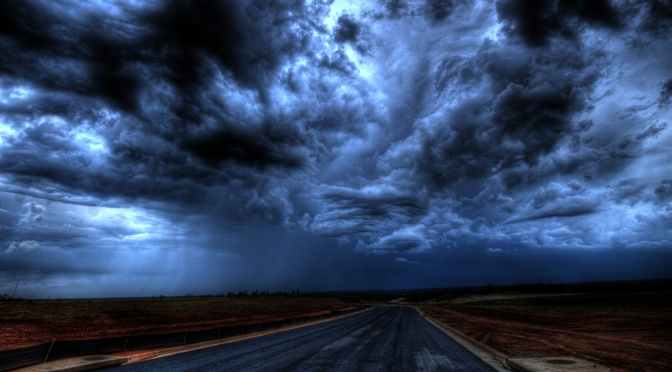 OVERVIEW – The sixth seal ushered in the Day of the Lord, the time of wrath upon the inhabitants of the earth, and Who can stand? – Revelation 6:12-17.

Next, the “Lamb” opened the sixth seal, which caused celestial and terrestrial trauma as the “day of wrath” dawned. This was nothing less than the “great day of the wrath of God and of the Lamb.” Men from every societal rank panicked, but every attempt by the “inhabitants of the earth” to hide from the wrath of the “Lamb” and the “One Who sits on the Throne” was in vain. There was no escape, for no one could “stand” before the onset of that day.

When the sixth seal was opened, destruction was unleashed on all the “inhabitants of the earth,” and the entire created order was thrown into chaos. All this tumult set the stage for the question – Who will stand before the Lamb on that day? And this is the crux of the matter.

The opening of the fifth seal left events dangling. The martyrs “under the altar” pleaded for vindication but did not receive it, at least not yet. Instead, they were told to wait until the full number of the witnesses destined for suffer martyrdom was assembled.

The sixth seal produced “a great earthquake,” which initiated chaos throughout the Cosmos. The picture borrows language from several Old Testament passages related to the “Day of Yahweh, for example:

The sixth seal anticipated the “Day of Yahweh.” The disruption was universal, not local. The overthrow of the existing order prepared for the arrival of the New Creation. This day was not another series of plagues; it was the end of the age, the hour of final judgment.

The cosmic chaos caused terror at all levels of society. Neither political rank nor economic standing could save anyone from the impending “wrath.” All hope was gone.

This is the predicted “hour of trial” that was to come on the “whole habitable earth,” an event from which Jesus promised to spare the church at Philadelphia. The martyrs under the altar were told to wait for the completion of their number before receiving their vindication. Yet at this point in the narrative, no one is prepared for the arrival of wrath, hence the question – “Who can stand?” – (Revelation 3:10).

At this point, the question is unanswered – Who can stand before the Lamb? This will be addressed in the next vision when the multitude of the redeemed is found “standing” before the “Lamb and the One on the Throne.”