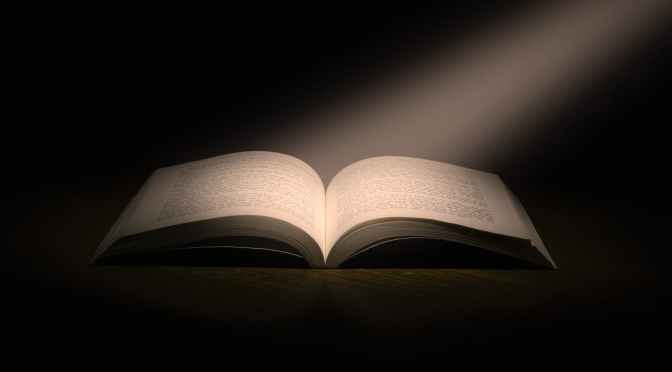 John saw the scroll again, now unsealed and completely open, signifying his call to prophesy once more to peoples and kings – Revelation 10:1-11.

The first six trumpet plagues failed to cause the “inhabitants of the earth” to repent. Instead, they only further hardened their hearts.  Something more was needed to complete “the mystery of God.” The narrative now takes a new direction. Rather than another plague, John is commissioned to prophesy to the “nations and kings of the earth.”

The summons to “prophesy” to the nations is portrayed in the “measuring of the sanctuary” and the prophetic “testimony” of the “two witnesses.” These events are parts of the “second woe” or sixth trumpet, which does not conclude until after the deaths of the “two witnesses” – (Revelation 11:12-14).

At the start of this vision, John saw the “little scroll,” now fully “opened.” That meant its contents were about to be implemented.

The angel is called “another” (allos) to distinguish him from the seven angels that sounded the first six trumpets. The description echoes language from the book’s opening vision of the “one like a Son of Man” who had “feet like burnished brass, a voice like many waters and his countenance like the sun.” The angel also has a “rainbow” over his head that recalls the “rainbow round about the throne” – (Revelation 1:15-16, 4:3-4).

The term “little scroll” translates the Greek term biblaridion, the diminutive form of the noun for “scroll” used elsewhere in Revelation. In the present vision, the scroll is also called the “scroll” or biblion (“Take the scroll opened in the hand of the angel”). It is identical to the “scroll sealed with seven seals,” only now, it is “opened” and held in the hand of the “mighty angel.” It is “little” in comparison to him, for he is large enough to straddle land and sea.

The picture draws on the passage from Daniel when two angelic figures stood on either side of the Tigris River. One asked, “How long shall it be to the end of these wonders?” The “man clothed with linen” then swore by him who “lives forever” and answered – “For a set time and times and a half, when the dispersion of a part of the holy people is ended, then will come to an end all these things.”

Daniel did not understand and was told the words were “sealed until the time of the end.” Now, in John’s vision, the formerly sealed “scroll” lies open since the “seven seals” have been broken – (Daniel 12:5-9).

Previously, the “seven spirits of God” were associated with the “throne” and the “thunders” and the other phenomena that issued from it – “And out of the throne proceed flashes of lightning and voices and claps of thunder. And there were seven lamps of fire burning before the throne, which are the seven Spirits of God.” In Revelation, the “flashes of lightning, voices, and claps of thunder” are heard at the close of each sevenfold series (seals, trumpets, “bowls of wrath”).

Whatever John did “hear,” there was no need to record it since now the “sealed scroll” lay open with its contents revealed. All that was necessary to complete the “mystery of God” had been revealed, therefore, there would be “no more delay.”  The time had come to finish the “mystery of God,” which would be completed by the time the “seventh trumpet” sounded.

“Delay” translates the Greek noun kronos or “time.” The statement answers the question asked by the martyrs “underneath the altar” – How long must they wait before God judged the “inhabitants of the earth.” They were told to rest for “a little time” (kronos) until the full number of martyrs was assembled. That “time” has arrived – (Revelation 6:9-11).

In his “mouth,” the scroll was both sweet and bitter. It contained both promises and trials for the saints. The passage alludes to Ezekiel when the prophet was told to eat a “roll” that he found sweet as honey. In that case, there was no mention of bitterness. Ezekiel was told to “go speak to the house of Israel” after consuming it. In contrast, John is now commanded to prophesy to nations and kings – (Ezekiel 3:1-4).

John is told that he must “prophesy.” This Greek verb occurs only once more in the book when it is applied to the “two witnesses” who are empowered to prophesy “a thousand two hundred and sixty days clothed in sackcloth.” That vision will present quite graphically just how this commission will be fulfilled.

The stage is now set for the visions of the measuring of the sanctuary and the prophetic “testimony” of the “two witnesses.”

One thought on “LITTLE SCROLL”