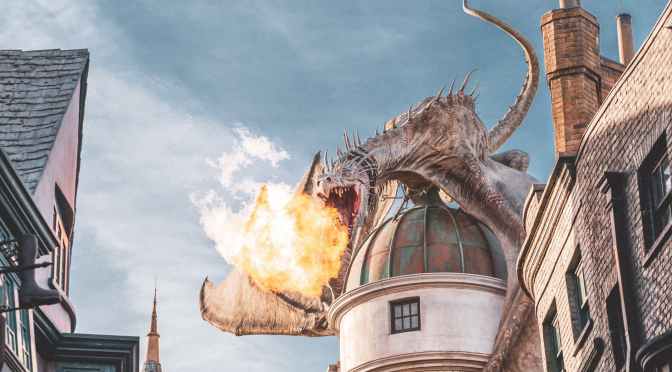 The “Dragon” and his servants wage war against the saints, and not against nation-states or certain ethnic groups.

Revelation portrays the cosmic war being waged between Satan and Jesus, one that plays out in the daily struggles of the church. The earthly vassals of the “Dragon” execute his attacks on the Church, especially the “beast from the sea,” the “false prophet,” and “Babylon.” The “war” is waged through deception, deceivers within the church, and persecution from without.

In the book, the assaults against the church culminate in the final effort to annihilate the followers of the “Lamb” at the end of the age. For example, after the “sixth bowl of wrath” was emptied, the persecuting efforts of the “Dragon” produced the final confrontation at “Armageddon.” Likewise, at the end of the “thousand-years,” all the “nations of the earth” mount their final global attack against the “saints” – (Revelation 13:7-10, 16:12-16, 19:17-21, 20:8-10).

Revelation was addressed to churches located in seven key cities in the Roman province of Asia. Its contents concern the “things that must come to pass shortly” to those churches. At the time, they were under assault from within and without; persecution, false teachers, deception, and pressure to compromise with the surrounding idolatrous society. The source behind every attack was the “Devil” – (Revelation 1:4, 1:11, 2:8-13, 3:9).

At the time, there were growing conflicts between these Asian congregations and Roman authorities. The reference to “Satan’s throne” at Pergamos alluded either to the Roman provincial government or the temple dedicated to the veneration of the emperor and “Roma,” the patron deity of Rome – (Revelation 2:13).

The seven letters to the churches provide a microcosmic view of the cosmic-level war that is waged between the “Dragon” and the “Lamb.” The visions recorded in chapters 4-21 provide the macrocosmic perspective behind the daily struggles of marginalized believers living in a pagan society.

Individuals can change sides. An “inhabitant of the earth” may decide to follow the “Lamb.” Likewise, a follower of the “Lamb” might apostatize and render homage to the “beast”; hence, the admonishments for believers to “overcome” and reject the lies of “Jezebel,” the “Nicolaitans,” the false “apostles,” and the “doctrines of Balaam.”

Consistently, the “war” is described with language from Daniel’s vision of the “little horn” that persecuted the “saints,” beginning with the vision of the “two witnesses” that were slain by the “Beast from the Abyss”:

The “two olive trees” link the image to the vision of Zechariah when he saw “two anointed ones who stand near the Lord of all the earth,” Zerubbabel, the ruler from the house of David, and Joshua, the high priest.  This explains why there are “two lampstands” and “two witnesses,” rather than seven or some other number. And the “two olive trees” point to the church in its role as the “kingdom of priests” – (Zechariah 4:1-14, Revelation 1:6, 5:9-10, 20:6).

At the end of their ministry, the “beast will ascend out of the Abyss to make war against them, and to slay them.”  The “beast” cannot overcome the “two witnesses” until they complete their mission. Only then does he ascend to carry out this dastardly deed. The “beast from the Abyss” makes war on the churches, not on nation-states.

In chapter 12, expelled from heaven, the enraged “Dragon” launches his “war” against the “seed of the woman”:

The “Dragon” failed to destroy the messianic “Son.” Consequently, Satan was expelled from heaven. No longer able to accuse the “brethren,” and having failed to destroy the “Woman Clothed with the Sun,” the “Dragon” proceeded to wage “war against the seed of the woman,” identified as those who keep the “commandments of God and have the testimony of Jesus”; that is, the “saints” – (Revelation 12:17).

Likewise, in Daniel, the “little horn” made war against the “saints” and “prevailed over them.” Thus, the same reality or “war” is in view in the war by the “beast from the Abyss” to slay the “two witnesses,” and in the assault by the “Dragon” on the “seed of the woman.”

The “beast” is authorized, and thus, released “to make war with the saints and to overcome them.” Once again, language from Daniel is applied. Here, the “saints” are identical to those “who have the faith of Jesus” from the previous chapter – (Revelation 12:17, 13:7, 14:12).

Thus, Satan makes “war” against the church, not nation-states or ethnic groups. The language of warfare is metaphorical and portrays the activities of the “beast” intended to destroy the followers of the “Lamb.” This “war” unfolds in the activities of deceivers within the church, and in attempts to oppose and persecute the church by outsiders.

The final onslaught is launched at the end of the “thousand-years” after the “ancient serpent” is released from the “Abyss.” This attempt to annihilate the “saints” is described with language from Ezekiel:

However, in Revelation, the language from Ezekiel’s vision of “Gog and Magog” is universalized. The prophet saw regional powers attacking Israel in the promised land. In contrast, John saw all the “nations of the earth” ascending over the earth to attack the “camp of the saints.”

Here, Revelation mixes its metaphors. “Camp” echoes the story of Israel, the pilgrim people wandering in the wilderness on the way to Canaan.  “City” speaks of the permanent residence of the people of Yahweh in the Promised Land. The language is metaphorical. The verse does not refer to old Jerusalem in Palestine, or to Jews camping in the Judean wilderness.

Satan “deceives the nations” to “gather them to the war.” This repeats the phrase seen previously. In each case, it refers not to one “war” among many, but to “THE war, singular.  The same “war” is in view in each instance – (Revelation 16:14, 19:19).

The language of “war” portrays the cosmic battle that is being waged between God and the “Dragon,” but one that plays out on the earth as Satan’s earthly agents work to destroy the church. Revelation provides no descriptions of bloody battles waged between conventional armies or nation-states. The targeted victims of the “Dragon” are the “saints,” the Church, and in the book, beginning with the “seven churches of Asia.”