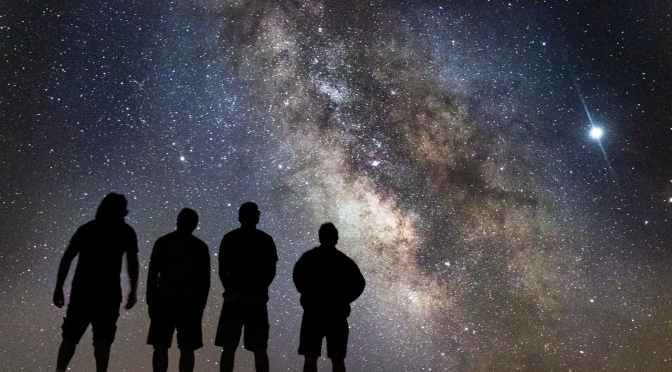 The next paragraph presents “New Jerusalem” to the reader and concludes the third literary division of the book. Having witnessed the destruction of “Babylon,” the “False Prophet,” the “beast,” and the “Dragon,” John received the vision of what awaits the faithful at the end of the age – “New Jerusalem descending from heaven to the earth.”

The promises made to “overcoming” Christians in the letters to the “churches” find their fulfillment in the “holy city, New Jerusalem.” The images of the “city” include language from promises given originally to Israel. However, the company that receives them consists of redeemed men and women from “every nation, tongue, tribe, and people.” And the promise of land for Abraham and his “seed” finds its ultimate fulfillment in the “new heavens and new earth.”

“And I saw a new heaven and a new earth.” The declaration draws on language from Isaiah, The promise to Israel of a day when Yahweh would create a “new heaven and earth”:

“And I saw the holy city descending.” The Greek verb is a present tense participle, signifying action-in-progress. That is, John saw the “city” in the process of descending, rather than a one-time and completed event. That “descent” began with the first advent of Jesus, although it awaits its consummation at the end of the age. The arrival of the city in fulfillment of the promise to overcoming saints – “I will write upon him the name of my God, and the name of the city of my God, New Jerusalem, which is descending out of heaven from my God” – (Revelation 3:12).

“Prepared like a bride.” The “marriage” of the “bride” was anticipated at the heavenly celebration after the destruction of the “Great Harlot.” John compares her to a “city” and to a “bride.” This represents simile, not literal language (“like a bride”). “New Jerusalem” is both a “holy city” AND a “pure bride.” The analogies emphasize different aspects of the final glory that awaits the “saints” – (Revelation 19:7-8).

“The tabernacle of God is with men.” These words echo several Old Testament passages, beginning with the covenant promise to Abraham. This includes the promise of land to Abraham and “his seed.” And the promise includes “peoples,” plural, thus it is far more inclusive than the biological descendants of the patriarch:

“He shall wipe away every tear from their eyes.” Previously, this promise was applied to the “innumerable multitude” that was exiting the “great tribulation.” The description echoes the promise from Isaiah for the faithful remnant of Israel – (Revelation 7:9-17, 21:5-8):

The former things have passed away.” Another allusion to a promise from Isaiah made originally to the faithful remnant of Israel: “Behold, the former things are come to pass, and new things do I declare” – (Isaiah 42:9).

“Write, because these words are faithful and true.” The command for John to “write” reiterates the command heard twice at the beginning of the book, where also the description “faithful and true” was applied to Jesus, the “faithful witness” – (Revelation 1:4-19, 19:9).

“It is done” (ginomai). The same declaration occurred at the beginning and the end of the “seven bowls of wrath” that “completed” the wrath of God:

“I am the Beginning and the End.” The same description was heard at the outset of the book and will be heard again in its epilogue. It is applied to God, the one “Who is and Who was and Who is to come, the Almighty.” The appellation, the “first and the last,” is applied to Jesus because he died, then lived again – (Revelation 1:8-18, 2:8, 22:13).

“They will have their part in the lake that burns with fire and brimstone; the second death.” The sentence parallels the conclusion to the final judgment scene at the “Great White Throne of Judgment.” In the sentence, the positions of “second death” and “lake of fire” are reversed from the clause at the end of the previous paragraph that described the “lake of fire.” Together, they form an inclusio that brings the book’s third literary division to its end – (Revelation 20:14-15).

In the passage, the stress is on the city of “New Jerusalem” that is descending from heaven to the earth, not the other way around. The goal is the redemption of humanity and the Creation. The fourth and final division of the book begins with the next paragraph, the description of the “holy city” that will be inhabited by multitudes and encompass the entire Cosmos.

2 thoughts on “DESCENT OF NEW JERUSALEM”