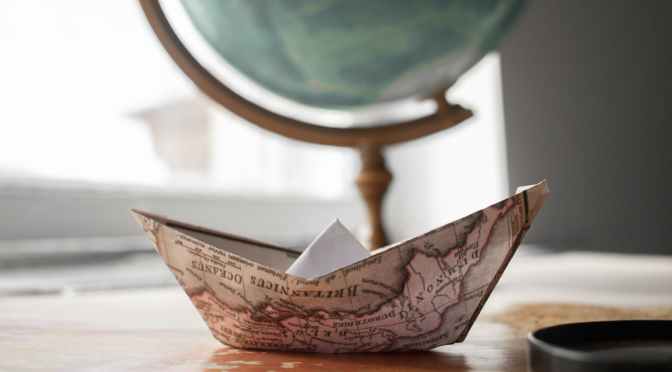 In Jesus, the original limited promise of territory to Abraham is transformed to encompass the entire creation.

The land of Canaan was a preliminary stage in the greater redemptive plan of Yahweh, one that ALWAYS envisioned something beyond the nation of Israel. In the New Testament, the covenant promises find fulfillment in the “true seed of Abraham,” Jesus Christ, including the New Creation – the “new heavens and the new earth.”

The receipt of the covenant promises is based on the death and resurrection of Jesus, NOT on biological descent from Abraham. Logically and inevitably, the initial promise of territory results in everlasting life in the New Creation.

Scriptural passages that promise land to Abraham employ words for “inheritance” and “heir,” including the Hebrew word translated “possession.” These terms are linked to the Abrahamic covenant and originally referred to the “possession” of the land of Canaan. For example:

Through his death and resurrection, God has provided the promised inheritance for his saints:

He is the true “seed” of Abraham, and likewise, his followers become “heirs according to promise.” The gift of the Spirit is the very “earnest of our inheritance for the redemption of the possession,” and the promised “blessing of Abraham” – (Galatians 3:6-9, 3:28-29, Ephesians 1:13-14).

The Greek noun rendered “possession,” peripoiésis, was used by Peter in his quotation from the nineteenth chapter of Exodus (Strong’s – #G4047) – “You are a chosen generation, a royal priesthood, a holy nation, a people for God’s own possession” – (1 Peter 2:9-10).

At the end of the age, Jesus will declare to all who responded to him in faith – “Come, you blessed of my Father, inherit the kingdom prepared for you from the foundation of the world” – (Matthew 25:34).

This was always God’s intention. To the largely Gentile churches of Asia, the risen Christ promises that overcoming saints will “inherit these things, and I will be his God and he shall be my son.” This is because they are now “in Christ,” the true “heir of Abraham” – (Matthew 25:34, Revelation 21:7).

He became the true “seed” of Abraham and inaugurated the New Covenant. Consequently, all who are “in him” are joint-heirs destined to receive the same inheritance – “Blessed are the meek, for they shall inherit the earth” – (Matthew 5:3-5).

And in the preceding passage, “meek” refers to the disciples of Jesus. They will possess the “kingdom” and “inherit the earth.” The inheritance is NOT limited to a small strip of land in the Middle East. In Jesus, the originally promised territory is transformed to encompass the entire planet. The saying of Jesus alludes to the thirty-seventh Psalm:

Originally, the psalm referred to Israel and the land of Canaan. However, Jesus reapplied it to a much narrower, yet at the same time, much broader audience. Narrower because the promise is to his disciples. Broader because membership in this community is open to men and women of all nations.

No longer is the inheritance limited to Israel or confined to the small territory of Palestine. Likewise, the plea in the Lord’s Prayer for the will of God “to be done as in heaven, so on the earth” looks beyond Palestine to the entire created order.

Jesus did not abandon the original promise but expanded and universalized it in accord with the redemptive purposes of Yahweh – to make Abraham a blessing to “all the nations of the earth” – (Matthew 6:10).

If God simply wanted biological descendants from the line of Abraham, He could have “raised up children to Abraham from stones.” But Jesus became obedient unto death, “even death on a cross,” therefore, he received “ALL authority in heaven and on the earth.” There are no territorial limits on his domain. He succeeded where Adam failed in taking “dominion over the earth” – (Genesis 12:1-3; Matthew 3:9, 10:6, 28:18-19, Philippians 2:11).

After his resurrection, the disciples were summoned to become his witnesses “in Jerusalem and all Judea, and Samaria and as far as the uttermost part of the earth,” a call that echoes Yahweh’s command for Abraham to look “northward, southward, eastward and westward” to see the extent of his inheritance. The command to Adam to “take dominion over the earth,” and the promise of land to Abraham as far as his eye could see, are now being implemented wherever the gospel of Jesus is proclaimed, even to the “uttermost parts of the earth” – (Genesis 13:14, Acts 1:8).

According to Paul, the original land promise has become a universal reality, for Abraham is nothing less than the “heir of the world,” the kosmos:

Jews who reject Jesus are “broken off” from the root of Abraham, but the unnatural branches, the Gentiles, are “grafted into the root.” Thus, the destinies of Jews and Gentiles are inextricably linked – (Romans 11:11-22).

The Bible tells a consistent story from beginning to end. The coming New Creation is nothing less than the culmination of the covenant promises to Abraham, including the promises of land and blessings for the nations. The tiny territory of Canaan assigned to Israel was only the first step in God’s much larger redemptive plan, one that is now actualized in and by Jesus Christ.