From the start, Jesus commissioned his people to proclaim the good news of the kingdom “to the uttermost parts of the earth” – until he comes.

The message proclaimed by Jesus is summarized as the “Good News of the Kingdom of God.” In him, the final reign of God over all things is being implemented, a process that will consummate at his “arrival” in glory with the establishment of God’s absolute sovereignty and the defeat of all His enemies, including death. Before his ascension, he assigned this task to his church.

Since the announcement of the “kingdom” by the Messiah of Israel, men and women of every nation have been summoned to respond to it while the invitation remains open. One’s fate in the “coming age” is determined by how he or she reacts to Jesus and his gospel here-and-now, whether negatively or positively. The day will come when it will be too late, the “season” is NOW.

In his Death and Resurrection, Jesus defeated all forces that were hostile towards God, the “powers and principalities,” but especially sin, Satan, and death. While sin and death continue in this age, their authority over humanity has been broken. His resurrection and the outpouring of the Spirit signaled the commencement of the “last days” and the reign of the messianic Son, just as Yahweh promised. His victory on Calvary meant that the “ends of the ages have arrived” upon his people, and His light is now shining to illuminate all the nations – (Psalm 2:1-9, 110:1, 1 Corinthians 7:29-31, 2 Corinthians 5:16-18).

The message of Jesus and the mission of his church were not unforeseen innovations or new strategies necessitated by the failure of God’s past plans. The gospel of the kingdom was foreshadowed long ago in the Hebrew scriptures.

When Yahweh summoned Abraham out of “Ur of the Chaldees,” He did more than promise him biological descendants that would live in the tiny territory of Canaan. Abraham was to be a blessing, in him, “all the nations of the earth would be blessed”; “kings” and “nations” would come from the Patriarch. From its inception, the Abrahamic covenant envisioned the inclusion of the Gentiles.

God brought His people out of Egypt to Mount Sinai, where He presented the terms of His covenant. Israel was not to be a nation living in isolation from its neighbors; He had not forsaken the rest of humanity. Instead, He set the descendants of Abraham apart “from among all peoples” to be a “kingdom of priests,” for “ALL the earth is mine.”

Priests do not exist in isolation, instead, they function as intermediaries between God and men. Israel was called to mediate the light of Yahweh to the nations. While she largely failed in this mission, the prophets foresaw the day when the light of Yahweh would reach all the nations. The mission given to Ancient Israel was by no means at an end:

From the moment the “Spirit descended on him like a dove,” Jesus took up this task and pursued it relentlessly until his arrest, trial, and execution in Jerusalem. His anointing at the Jordan River did far more than identify him as the Messiah or empower him to perform miraculous deeds. That was the moment when Israel’s Messiah was commissioned to announce the “kingdom of God” to the world.

It began in Galilee, and it certainly did NOT end in Jerusalem. After John the Baptist was arrested, Jesus “departed to Galilee,” not to hide from Herod, but to fulfill prophecy. As Isaiah had declared:

His message was about more than just the forgiveness of sins, as critical as that was. Central to his message was the proclamation of the “kingdom of God,” and that realm was imminent, which was why men and women must “repent.” With the arrival of the Messiah, the final sovereignty of God had begun to break into the world.

One of his first tasks was to summon disciples to follow him, not to grant them apostolic authority or the power to perform impressive miracles, but to make them “fishers of men.” Whatever authority or power Jesus gave them was for accomplishing that purpose. They were to be “lights” in a very dark world, and a light that is hidden is no light at all.

Later, he named twelve of his disciples “apostles,” a term with the basic meaning of one “who is sent forth.” In secular Greek, it could be applied to several functions, but its sense in the New Testament is that of an “envoy,” for what the apostles did was herald the kingdom of God to the nations, beginning in Jerusalem – (Luke 6:13).

After his resurrection, Christ tasked his disciples with proclaiming the gospel to all nations, both the forgiveness of sins and the sovereignty of God. As promised in the Hebrew Bible, the reign of the Messiah had commenced on the Davidic throne, for he had received “all authority in heaven and on the earth.” He was now king; therefore, his envoys must “go and teach all nations.” Repentance and the remission of sins must be heralded “in his name to all the nations, beginning from Jerusalem” – (Matthew 28:18, Luke 24:47).

Just before his ascension, Jesus gave his disciples two assignments. The first was short-lived, the second remains underway until this very moment. First, to tarry in Jerusalem until they received the Spirit. Second, to be his “witnesses” for the kingdom, beginning in “Jerusalem, and in all Judaea and Samaria, and unto the uttermost part of the earth.”

That is the story told in the Book of Acts, the record of how the fledgling church took the gospel from Jerusalem and Judea to Samaria, then to the surrounding nations, until, in the end, the Apostle Paul is found under house arrest in Rome but still proclaiming the “kingdom of God” to Jew and Gentile alike, and at the very center of the empire – (Acts 1:7-9, 28:23-31).

That is the one task that Jesus assigned to his church. Not to become political revolutionaries and reform society, but instead, to proclaim the “kingdom of God” to all nations. This mission must continue until the very “end.” Indeed, the “end” will not come until the task is finished. As he taught, only “when this gospel of the kingdom has been preached to all nations, then will the end come.” By his own logic, the mission remains incomplete since the “end” has not yet come – (Matthew 24:14, Acts 3:19-21).

Thus, the church’s mission must continue until the end, to the very day and hour when he appears in glory and power. And the need is great, for the time is growing short. As Paul wrote to the Corinthians:

The institutions and ways of the present age were judged on Calvary. Even now, they are in the process of “passing away.” But the world has been granted a temporary reprieve:

Since the death of Jesus, the world has been under sentence, but its execution has been postponed so the gospel can be announced in all the earth – “To all the nations.” But that opportunity will not endure forever; the “Day of the Lord” will come, however long it may appear “delayed.”

Until that day, what matters above all else is how the individual responds to the gospel, and thus, the church’s task of heralding the kingdom “to all nations” is pivotal.

In his epistle, Peter concluded by exhorting his readers to live righteously in consideration of the impending end of the present age, and thereby, to “hasten the day of God.” Considering all that the New Testament teaches about Jesus, his church, and its mission, for his disciples, righteous conduct must include evangelization.

Finally, according to Jesus, the completion of the mission is THE “sign” of the “end,” not the rebuilding of the temple in Jerusalem, nuclear war, earthquakes, famines, or celestial events. The end of the age cannot come until this is completed.

From the start, Jesus called his disciples to become a missionary people and take his “gospel of the kingdom of God” to all nations. That the task remains incomplete does not mean his commission to us has changed, only that, we have failed to execute it, at least, so far. 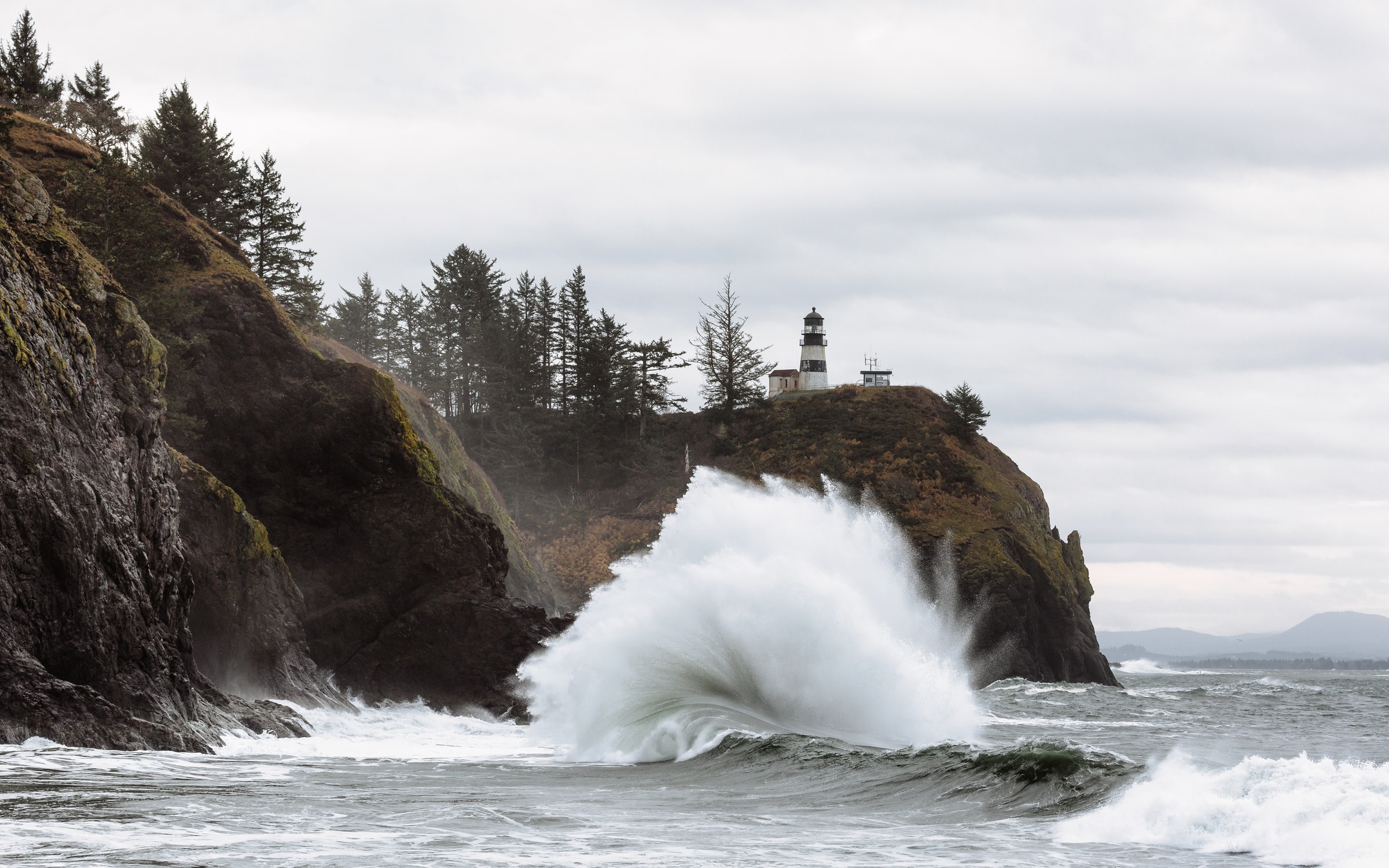 Exiled on Patmos, John was a “fellow-participant” in the tribulation, kingdom, and endurance that is in Jesus – Revelation 1:9.

In Revelation, disciples reign with Jesus and fulfill their royal role as “priests” who render service in his Tabernacle.