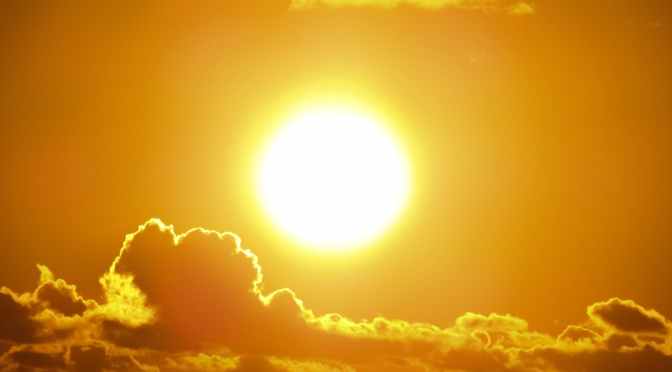 Jesus inaugurated the promised New Covenant, and by doing so, rendered the former covenant obsolete – Hebrews 8:13.

According to Hebrews, the “word of the Son” surpasses all past revelations “spoken in the prophets.” He went beyond his predecessors, having “achieved the purification of sins,” therefore, he was exalted to “sit down” at the right hand of God, where he inherited “all things.” His victory signaled the inauguration of the promised “new covenant.”

The epistle to the Hebrews demonstrates the superiority of the “Son” by contrasting his everlasting priesthood, the new covenant, and his once-for-all sacrifice with the multiple priests, obsolete covenant, and repeated animal sacrifices of the Levitical system.

In the prophets, God promised the new priesthood “after the order of Melchizedek.” That declaration demonstrated that the Aaronic priesthood could not achieve the “purification of sins,” otherwise, there would be no need for a new order. Under the old system, the people received the law, but the promised change in the priesthood meant “a change of law” was necessary – (Hebrews 7:11-14).

The ancient priesthood was dependent on lineal descent and multiple generations of priests due to human mortality, but the priesthood “after the order of Melchizedek” is perpetual, since it is based on the endless resurrection life of the “Son” – (Hebrews 7:15-22).

Unlike the Aaronic priests, the single priest after the “order of Melchizedek” was installed by the oath of God – (“The Lord swore and will not regret: You are a priest everlastingly”); therefore, he holds the priesthood “nontransferable.”

Thus, Jesus became the “guarantor of a better covenant,” therefore, he is well able to save his “brethren” to the uttermost, and now he “lives evermore to intercede for them” – (Psalm 110:4, Hebrews 7:19-25).

Unlike his predecessors, Jesus “sat down on the right hand of the Majesty in the heavens,” where he became the minister of “the Real Tabernacle,” not a temporary tent “made-by-hand.” The Levitical system with its animal sacrifices constituted only “glimpses and shadows of the heavenly realities,” therefore, it never was able to cleanse the “conscience” of sin – (Hebrews 8:1-5).

Jesus attained a more distinguished ministry, and “he also is the mediator of a better covenant legislated upon better promises.” If the “first covenant” had been faultless, there would have been no need for the second one. However, having found fault with it, the Lord announced the coming days when He would “conclude a new covenant” with His people.

In Hebrews, the promised “new covenant” is expressly stated NOT to be “according to the covenant” made at Sinai. It is not a “renewed” or modified version of the Law given at Sinai, but an entirely new one that is well able to achieve the “purification of sins.” All citizens of the kingdom would know God for His righteous requirements would be inscribed on their hearts.

By establishing the “new covenant,” Jesus “made the first one obsolete,” which means the covenant established at Sinai ceased to be in effect for God’s people because of the superior act and priestly office of the “Son.” Since the “new covenant” achieved the “purification of sins” and “cleansed the conscience” of the believer, its benefits far surpass those of the old system.

Exiled on Patmos, John was a “fellow-participant” in the tribulation, kingdom, and endurance that is in Jesus – Revelation 1:9.

In Revelation, disciples reign with Jesus and fulfill their royal role as “priests” who render service in his Tabernacle.