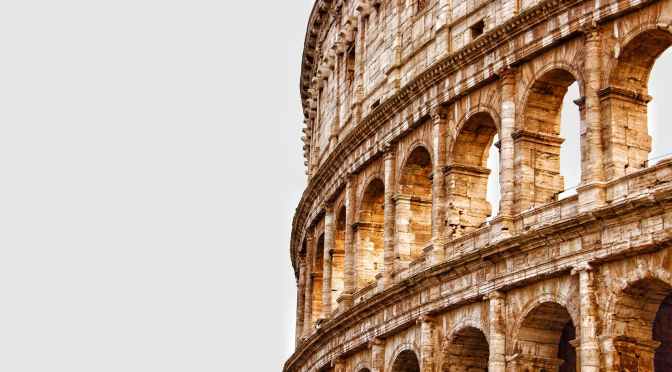 The political order envisioned by Jesus is the “Kingdom of God,” and it bears little resemblance to the political systems of this age.

When Jesus appeared in Galilee, he began to proclaim the “Kingdom of God” – “Repent, for the kingdom is at hand.” In his ministry, the reign of God began to invade the world. But His realm is of an entirely different nature than the political systems of this world, and on more than one occasion, Jesus refused that kind of political power, especially when offered by Satan.

In the wilderness, the Devil tempted Jesus by offering him “all the kingdoms of the world.” To attain absolute power, all he needed to do was to “render homage” to the Tempter. Surprisingly, the Son of God did NOT dispute Satan’s ability or “right” to dispense political power, but he refused it. Instead, he submitted to the path of the Suffering Servant of Yahweh – (Matthew 4:8-9, Luke 4:5-7).

In contrast to Jesus, over the intervening centuries, many Christians have embraced the political means and the institutions of this present age to advance the Kingdom of God, at least, as envisioned by them. However, inevitably, this has necessitated accommodating biblical principles to the values of the world.

Satan his submission as the price of political power, and according to him, the kingdoms of this age “have been delivered to me and I give them to whomever I will.” Jesus did not dispute his right or ability to do so. Perhaps this begins to explain the frequently reprehensible behavior of governments and regimes throughout history.

Although he was appointed by God to rule all the nations, Jesus refused this satanic offer. Scripture confirmed his destiny to reign over the Cosmos, yet he refused the kind of political power so valued by the rulers of this age. But how could Yahweh’s designated king reign over the rebellious nations of the earth without the military and economic might of the State? – (Psalm 2:6-8).

Imagine the great good that Jesus could accomplish if he held Caesar’s throne and commanded the legions of Rome! With him at the helm, would not righteousness prevail across the empire, especially with the awesome power of Rome at his disposal to enforce his messianic dictates? Surely, if ever there was justification for the resort to State power and force, this was it. Who better to wield such might and majesty than the Prince of Peace?

However, rather than resort to political means of this age, Jesus embraced the way of the cross. In the “Kingdom of God,” true victory is achieved through self-denial and sacrifice. “Greatness” in his realm is defined and achieved by self-sacrificial service and acts of mercy to others, including to one’s “enemies,” and not by threatening and otherwise coercing them. Jesus “gave his life a ransom for many,” and that provides his followers with the pattern for achieving “greatness” in God’s domain.

But the temptation in the “wilderness” was not the end of Satan’s political intrigues. Following his rebuff, “the Devil departed from him until an opportune time.”

After he miraculously fed a multitude near the Sea of Galilee, certain members of the crowd planned “to come and seize him that they might make him king.” But he walked away at the very point the mob had determined to crown him king, thus turning many minds against him. He would not be the militaristic messiah intent on destroying Rome that so many of his contemporaries desired. And the closer that he came to Golgotha, the more the fickle crowds rejected him as the Messiah of Israel – (Luke 4:13, John 6:15).

Prior to his execution, Pontius Pilate inquired whether Jesus was “the king of the Jews.” He did not deny his kingship and responded to Rome’s representative – “You say that I am a king, and for this, I was born.” But he qualified his kingship by stating that “my kingdom is not from (ek) this world. If my kingdom was from this world, then my own officers would fight that I should not be delivered up to the Jews. But now, my kingdom is not from here” – (John 18:33-36).

This did not mean that his kingdom was strictly “spiritual” or an otherworldly reality, or that his messianic program was nonpolitical. But the source of his sovereignty was other than the political power that has characterized and dominated the existing world; it was (and is) of an entirely different nature than the realms of this age.

Pilate found no fault in him and was about to release Jesus. However, at the instigation of the Temple authorities, the crowd demanded that Pilate release Barabbas instead, a léstés (Greek) or “brigand.” Seemingly, the priestly leaders preferred a violent political revolutionary and murderer to the Suffering Servant of Yahweh.

Contrary to the messianic expectations of his contemporaries, Jesus “took on the form of a slave,” and thus, he became “obedient unto death, even death on a cross.” Because of this choice, God exalted and bestowed on him “the name, which is above every name, that at the name of Jesus every knee should bow, in heaven and on earth and under the earth.” And his followers are summoned to adopt and live by this very same mind – (Philippians 2:6-11).

Christianity has a long and very sordid history of mixing Church and State. The temptation to use political power to impose “right” beliefs and reform society has been too great, and force always appears easier than persuasion. Is it not preferable to do a little “evil” to achieve some far greater “good”?

But advancing the cause of Christ through the political means of this world always necessitates resorting to the coercive power of the State. Anyone who does not go along with the program must be forced into submission.

The choice before disciples of Jesus is between the cruciform and rough pathway trod by him, or the expedient and smooth highway offered by Satan by employing the political powers of this age. Jesus declared that when he was “lifted up” on the cross he would “draw all men to me,” and not when he was seated on Caesar’s throne. And he calls all men and women to “deny themselves, take up the cross,” and follow the same path.

Should we, the disciples of the same Jesus who “gave his life a ransom for many,” embrace what he rejected? Or should we emulate his example of self-sacrificial service for others? We cannot do both.

To achieve dominion over all the nations all Jesus had to do was render homage to the Devil. Effectively, this is precisely what we do when we decide to acquire and use political power to achieve our ends. And partisan politicking is a poor substitute for gospel proclamation and cruciform lives.

It is high time for us to return to the task assigned to us by Jesus to preach “this gospel of the kingdom of God to all nations,” and to do so in the same manner that he did.