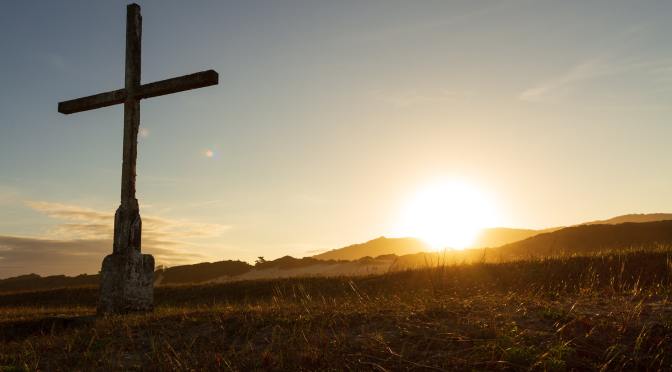 The Power and Wisdom of God are revealed in Christ Crucified, not in great miraculous displays or the exercise of political might.

We assume people are drawn to the biblical faith by displays of supernatural power, eloquent speech, ministerial success, and so on. Did not Jesus win the crowds by performing miracles? In fact, most of his contemporaries failed to recognize who he was despite his healing the sick, exorcising demons, and even calming a horrific storm with only a verbal command.

The idea that supernatural “signs and wonders” will win millions of souls does not conform to the pattern found in the New Testament, and it certainly does not correspond to how Gentiles or the Jewish nation responded to the “Son of Man” or the proclamation of his gospel by the apostles. As Paul wrote:

God certainly does provide supernatural help to His people, including divine healings, but miracles themselves are a means and not an end. And as the Bible demonstrates numerous times, supernatural signs do not guarantee that anyone will understand who He is or acquire genuine faith in Him.

In Mark, Jesus healed the sick and exorcised demons, impressing the crowds. They had not seen the Pharisees, Sadducees, scribes, or priests do anything remotely like that. But during his ministry, only the very demons cast out by him recognized who he was, the Son of God.

At one point, on the verge of understanding his identity, Peter declared him to be the Messiah, that is until Jesus explained what it meant to be the “Son of Man” – Betrayal, suffering, death. Peter then rebuked him, and with Satan’s own words. The only person who did recognize him prior to his resurrection was the Roman centurion at his execution, and only at the moment of his death – (Mark 15:29-39).

Apparently, only in his self-sacrificial death was Israel’s Messiah revealed. In contrast to the pagan centurion, the Jewish religious leaders mocked Jesus. Though they sarcastically called him “Christ and King of Israel,” they certainly did not accept his messianic status. Even the two “brigands” crucified with him were “reproaching him.”

In John, Jesus declared that when he was “lifted up, then you will know that I am the one.” Not his miracles, but his death by crucifixion would be the foundation of his kingdom. “If I am lifted up from the earth, I will draw all men to me.” He was “glorified” on the Cross, and not when he raised Lazarus from the dead, as great that miracle was.

In the end, despite all his powerful miracles, he died alone on the cross, rejected by the Jewish nation, abandoned by his disciples, and crushed by Rome’s might. And so, he instructed his disciples to take up their crosses daily and follow in his footsteps. As he later taught his disciples:

Certainly, after his resurrection, he was exalted and began to reign at the “right hand” of God, but that came at great cost. As Paul explained to the Philippians, using allusions to the stories of Adam and the Suffering Servant of Isaiah:

We want power, but only by finding a way around the Cross. In contrast, Paul exhorted believers to “let this same mind be in you that was also in Christ Jesus.” He was exalted and received the “name above every name” BECAUSE he “poured out his life unto death on the cross” for others.

In Revelation, John described himself as the “fellow participant” with the seven churches of Asia in “the tribulation and kingdom and perseverance in Jesus.” Overcoming believers conquer by “following the Lamb wherever he goes,” even when it means martyrdom, they overcome “by the blood of the Lamb… and because they love not their lives to the death” – (Revelation 12:11, 14:1-5).

According to Paul, “Christ crucified” is scandalous to Jews and folly to Gentiles. The idea that God achieved victory over sin, death, and Satan by the unjust death of a politically powerless man is nonsense to human “wisdom” and experience. Yet the Apostle called the proclamation of “Christ crucified” the “very power and wisdom of God.”

Thus, the omnipotent God achieved final victory over sin and death through the execution of Israel’s Messiah by the world’s mightiest empire, having been condemned to death by Jewish and Gentile leaders alike, an outcome no devout Jew at the time expected.

Jesus cannot be understood apart from his death on Calvary. Likewise, men and women cannot be his disciples without emulating his self-sacrificial service to others and by living cruciform lives day by day.