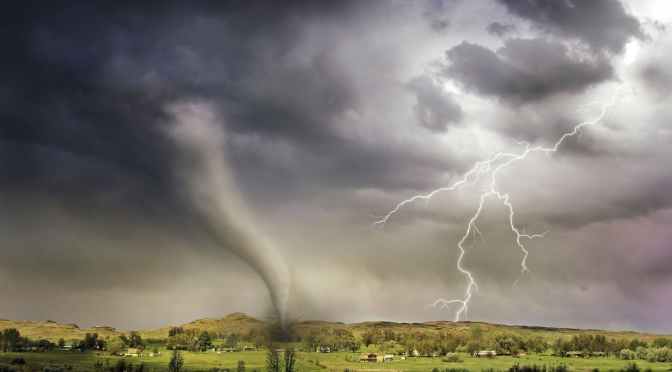 The New Testament warns of a future apostasy caused by deceivers that will precede the day of the Lord.

The New Testament warns repeatedly and consistently that before Jesus arrives at the end of the age the church will find itself under assault from within by deceivers. And before the “day of the Lord” comes, his disciples will be confronted by the “man of lawlessness,” a figure linked inextricably to the coming “apostasy.”

Jesus warns his disciples to beware of the “many deceivers” who will come and “deceive many” – “false prophets” and “false messiahs” who will cause “lawlessness” to spread, propagate false information about the “coming of the Son of Man,” and use “signs and wonders” to deceive the very “elect.” Only the believer who “endures to the end” through the coming onslaught will be saved – (Matthew 24:5, 23-27).

Similarly, in the book of Revelation, the “false prophet” performs “great signs” that will deceive many into giving their allegiance to the “Beast from the sea.” And already in the first century, deceivers infiltrated the churches of Asia – “false apostles,” the “Nicolaitans,” the “teachings of Balaam,” and the “prophetess, Jezebel” – causing some believers to engage in idolatry and otherwise compromise with the surrounding pagan society.

And in Revelation, Satan’s “war” is NOT waged against Israel or other nation-states, but against the “saints” – those who have the “faith of Jesus” and his “testimony” – the very ones who “follow the Lamb wherever he goes.” And this “war” includes the rise of deception and deceivers in the church.

The Apostle Paul is specific when writing the Thessalonians. The “day of the Lord” and the “arrival” of Jesus will not come until two events occur – the “apostasy” and the “revelation of the man of lawlessness” when he “seats himself in the sanctuary of God.”

Consistently in the Greek scriptures, the term “apostasy” or ‘apostasia’ refers to the abandonment of the true apostolic faith. When Paul warns that this “lawless one” will deceive those who “refuse the love of the truth,” he is describing Christians who apostatize. And this is borne out when he defines the “truth” as the “tradition you received” from him.

Paul bases this malevolent figure on the “little horn” in the book of Daniel, the “king of fierce countenance” who used his understanding of “dark sayings” and his “mighty power that was not his own” to “ruin the saints” with his “flatteries” and promises. His wickedness reached its peak when he installed the “abomination that desolates” in the “sanctuary.”

That figure and his actions serve as the model for Paul’s “man of lawlessness” and the “apostasy” caused by him. And elsewhere, the apostle CONSISTENTLY describes the church, the “body of Christ,” as the “sanctuary of God,” not any stone building in the city of Jerusalem.

Paul also warns Timothy about this future apostasy. The time will come when “some will depart from the faith, giving heed to seducing spirits, and doctrines of devils.” And in the last days, “evil men and howling imposters will wax worse and worse, deceiving and being deceived.”

Indeed, considering what is coming, Timothy must:

The Apostle Peter also warns of future “false prophets” and “false teachers” who will disseminate false doctrines and wreak havoc in the church:

And the Apostle John speaks of the coming “antichrist,” but of more immediate concern are the “many antichrists” that are active already IN THE CHURCH. The “last days” are underway even now, and this is demonstrated by the “spirit of antichrist” that is at work in the deceivers and “false prophets” who are disseminating false doctrines among believers – (1 John 2:18-22, 4:1-3).

HOLD FAST TO THE TEACHINGS

Scripture provides a consistent warning. Before the return of Jesus, the church will experience the “apostasy,” an influx of “false prophets” and other deceivers, and the unveiling of the “man of lawlessness, the son of destruction.”

As Paul assures his readers, they will not be overtaken by the “lawless one” as long as they “hold fast” to the apostolic tradition handed down by him and his coworkers. And that “tradition” is preserved in the pages of the New Testament – (2 Thessalonians 2:13-17).