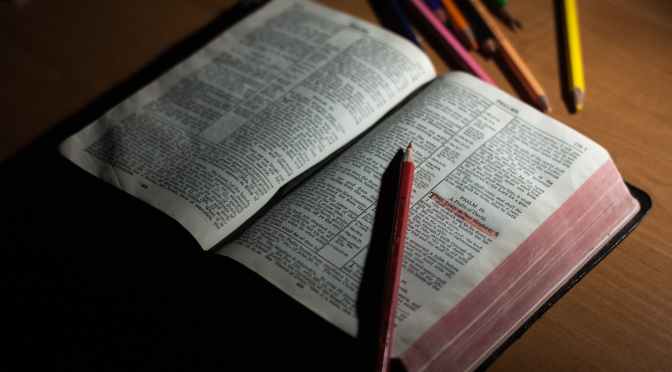 Jesus of Nazareth, the Crucified One, is the interpretive key that unlocks the Hebrew scriptures and the book of Revelation.

Jesus is the one who unveils the plans and mysteries of God, and only he is qualified to reveal the nature of the “unseen God.” In him, all the promises of God find their fulfillment. He is the interpretive key that unlocks the Hebrew scriptures and provides the correct understanding of prophecy, and this is especially so in the book of Revelation.

Moreover, the man of Nazareth who was crucified on Golgotha is the center of apostolic traditions preserved in the New Testament. The proclamation of “Christ Crucified” is the true “power and wisdom of God,” and the key to the promises of God. There is no knowledge of the Father apart from him.

The prologue of John’s gospel presents him as the logos, the great and final revelation of God. He is the one in whom the Word has “become flesh” and the glory of God now “tabernacles.”

And John contrasts this same Jesus of Nazareth with the earlier revelation given by Moses – (John 1:14-18).

The grace and truth of God are found in His “only-born Son.” Moses “gave the law,” but “grace and truth came through Jesus Christ.” He alone has seen God, and therefore, he is well-qualified to “interpret” anything and everything about his Father.

“For of his fullness we all received, even grace for grace. For the law was given through Moses. Grace and truth came through Jesus Christ. No man has seen God at any time; the only born Son who is in the bosom of the Father, he interprets” – (John 1:16-18).

In the Greek clause, the verb rendered as “interprets” in English has no direct or indirect object – the statement is open-ended. Quite simply, Jesus interprets. Yahweh has declared His full and final “word” in him, not on Mount Sinai or anywhere or in anyone else.

Likewise, in the letter to the Hebrews, the “word” of God spoken in His Son is His complete word. In contrast, the “word” spoken previously “in the prophets” is partial and incomplete.

Unlike all the prophets before him, the Son “achieved the purification of sins,” sat down to reign from God’s “right hand,” and inherited the “name” that is vastly superior to that of angels, Moses, Aaron, or any other predecessor:

In the book of Revelation, Jesus is the slain “Lamb” who alone is declared “worthy” to open the “sealed scroll.” In doing so, he unveils and executes its contents, a process that ends in nothing less than the New Creation.

For this reason, all creation pronounces him “worthy” to receive all power, glory, and authority, for “by his death, he redeemed men and women from every nation to become a kingdom of priests for God.” He has achieved victory for humanity and the Cosmos by his sacrificial death – (Revelation 5:6-12).

The vision received by John is the “revelation of Jesus Christ.” He is the one to whom it belongs, and he gives it to his servants to give them the understanding of events that “must soon come to pass.” And he interprets and applies the contents of this revelation.

The “slain Lamb” possesses all authority, including the “keys to Death and Hades,” and all this is because of his past death and resurrection. The glorious “Son of Man” is the one who “opens and no man shuts.” None of the events portrayed in John’s visions occurs without his knowledge and authorization. Even the “Beast from the Sea” cannot launch its war against the “saints” until the time determined by Jesus – (Revelation 1:1, 1:17-20, 13:7-10 – “it was given to him…”).

He is the “faithful witness and firstborn of the dead,” and therefore, Jesus is the key that unlocks the book.  He takes possession of the “sealed scroll” and immediately unseals it for his servants. Unlike the book of Daniel, Revelation is an unsealed book – (Daniel 12:1, Revelation 22:10).

The “word become flesh” is the indispensable key to the correct understanding of prophecy, Scripture, and all the “mysteries of God.” The Christ revealed in the New Testament interprets the Hebrew scriptures, not vice versa.

Jesus of Nazareth is the true and greater Tabernacle and Temple, the inaugurator of the promised New Covenant, the once-for-all sacrifice for sin, the one who overcame sin and death, and the present ruler of the Cosmos.

The substance foreshadowed under the old system is found in the “crucified messiah,” and in him, all the promises of God find their “yea” and “amen.”