SYNOPSIS:  An analysis of the final week of the “Seventy Weeks” prophecy – Daniel 9:26-27.

We now reach the end of the “Seventy Weeks” prophecy, its final or so-called seventieth “week” (Daniel 9:26-27). This passage describes a set of events for which the preceding sixty-nine “weeks” have prepared. The text says nothing about the destruction of the city or the Temple. Instead, in this final “week,” the people of the city are “corrupted,” and the Sanctuary is defiled by the “abomination that desolates. END_OF_DOCUMENT_TOKEN_TO_BE_REPLACED

SYNOPSIS – Daniel received the interpretation of the vision of the “ram” being overthrown by the “goat,” and of the image of the “little horn” – Daniel 8:15-27.

In the vision of the “four beasts from the sea,” only the first “beast,” the winged lion, could be identified with certainty – Babylon. Not one of the four “kingdoms” was explicitly named. In contrast, in the interpretation of the “ram and the goat,” two of the previous four kingdoms are identified by name – the kingdom of the “Medes and Persians,” and “Greece” – (Daniel 7:1-8, 8:20-21).

END_OF_DOCUMENT_TOKEN_TO_BE_REPLACED 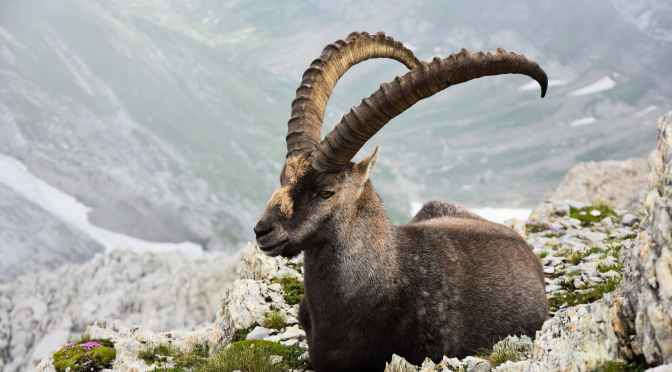 Daniel received a vision of a “ram” that was overthrown by a “goat” with a prominent horn, representing Greece – Daniel 8:1-14.

In the third year of Belshazzar, Daniel received a vision of a “ram” and “goat,” with the ram representing the “Medes and Persians,” and the goat representing Greece and its first great king. The vision is followed by its interpretation by an angelic figure. The focus of the vision is the “little horn,” which symbolizes a malevolent king who would descend from Greece and persecute the saints.

END_OF_DOCUMENT_TOKEN_TO_BE_REPLACED

The vision of the fourth beast with the arrogant “little horn” is interpreted for Daniel by an angelic being – Daniel 7:15-28.

Daniel received his vision of four beasts “ascending from the sea” which concluded with a judgment scene. In it, the figure “like a Son of Man” approached the “Ancient of Days” to receive “dominion.” The vision left Daniel confused and troubled; however, one of the beings that was present, presumably an angel, provided him with the interpretation of the vision.